SEOUL, South Korea -- South Korea's national police apologized on Monday, saying they'd only deployed 137 officers to handle a crowd of about 100,000 revelers who were celebrating Halloween in Itaewon, the Seoul neighborhood where at least 154 people were killed in a crowd crush.

"It was foreseen that a large number of people would gather there. But we didn't expect that large scale casualties would occur due to the gathering of many people," Hong Ki-hyun, chief of the National Police Agency's Public Order Management Bureau, said on Monday.

The crush began on Saturday night, as crowds moved through Itaewon's narrow alleys. One middle schooler and five high school students were among the 154 victims killed, the Education Ministry said on Monday. At least 19 foreigners were among the dead, including two Americans, officials said.

Witnesses said Itaewon's streets were so densely clogged that it was practically impossible for emergency workers and ambulances to reach the alley near the site.

Police on Sunday said about 200 officers had been in the neighborhood, but revised that figure on Monday amid growing criticism over whether officials could have prevented the incident.

Lines of citizens, and politicians, are gathering in three different locations to pay their respects on Monday. Official memorial altars were set up in two locations -- one near the incident site in Itaewon, and the other in the center of Seoul in front of the City Hall.

"I couldn't sleep so I had to do something," he said, placing a white chrysanthemum and a letter he wrote overnight.

"I wanted to see the shirine and thought it would be important that I be here to pay respect," high school senior Luca Ignat, 18 years old, told ABC News.

Ignat said he was at the scene minutes after the crowd crush.

"Lot of people were still partying and laughing. Then I saw bodies, police came. Officers were screaming. Then I checked the phone, then I knew what I was seeing was real," he said. "It made me angry." 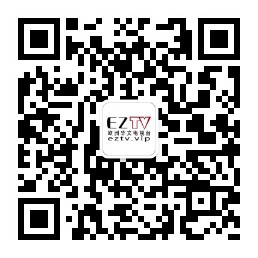